Skip to content
AntiGravity Yoga has become so popular worldwide. I’ve been watching it online every now and then, wishing it will also be offered here in our country. Alas! the long wait has ended, we Filipinos can now experience the real AntiGravity class as it has come to Manila. 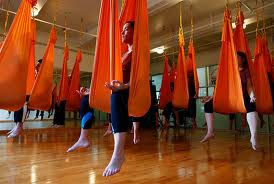 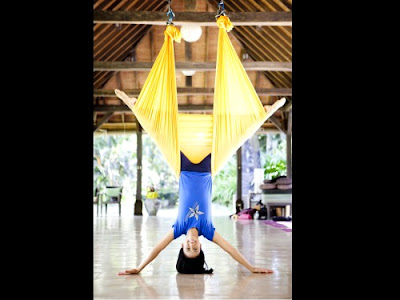 With the support of a Yoga Hammock, a suspended silk fabric above the ground, one can enjoy stretching and working core muscles. The method is a combination of performing series of yoga poses, coupled with acrobatics, calisthenics, and Pilates (a body conditioning routine).
AntiGravity Yoga was invented by aerial performer Christopher Harrison in 2007 in New York. He developed it as an acrobatic performance company with the mission of merging athletics and artistry.  It was initially created for athletes and gymnasts and later on became a hit workout across the globe.
AntiGravity Yoga exercises help improve a person’s agility and overall health. One can lose weight while defying the laws of nature. An alternative to the standard exercising procedures.
Beyond Yoga offers the ever first AntiGravity Yoga in the Philippines located at Tomas Morato corner Scout Madrinian St., Quezon City. For more details you may visit their website at www.igobeyondyoga.com